Your microbiome/microbiota refers to the trillions of microbes that reside inside and outside your body.  Human cells are outnumbered by the bacterial cell population.  The highest source of bacteria in the body is within the large intestines.  The status of resident bacteria has been associated with health and illness, with greater diversity being more protective.  Bacteria perform a number of functions including 1) production of certain vitamins such as Vitamin B12, B9, B2 and Vitamin K, 2) protection from infections by competing with more harmful bacteria, and 3) maintain a healthy immune system response.

Protecting your bacteria is not difficult and will likely benefit your body as a whole.  Here are some tips to maintaining a healthy microbiome:

If you have any of the following conditions, consider making a dietary adjustment to see if there is improvement, since a shift in gut microbiome, known as dysbiosis with less diversity, has been correlated either directly with these conditions or flare-ups:

Get to Know Your Gut Bacteria.  The following are general overview of the most common bacteria in the gut.  Though, an imbalance of even these bacteria could cause host effects.

Bifidobacterium and Lactobacillus help to protect the gut from harmful bacteria Plant-based foods which contain polyphenols, found in nuts, seeds, vegetables, teas, cocoa, wine and berries, feed these beneficial bacteria.  There may be a benefit in reducing inflammation in the cardiovascular system.  Bifidobacterium is associated with butyrate production, which has a protective role in the gut and anti-inflammatory effect.

Bacteroides and Firmicutes are found in a healthy gut.  Consumption of a plant-based diet with no animal fat or protein has been associated with greater populations of these bacteria.  Plant starch can also lead to a greater population of Bacteroides, also tied to obesity prevention/treatment.

Prevotella, also may favor a setting of a high fiber, plant-based diet.

Bilophila and Faecalibacterium are found in increased populations in a high saturated fat diet and may be associated with increased inflammation.

Refer to The Human Microbiome: Unlocking the Key to Health at YHF blog. 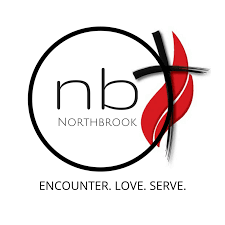